The Library houses the Congressional Medal of Honor that was awarded to William Bensinger, who received the honor for his part in the Andrew's Raid, during the Civil War on April 12, 1862.

Mr. Bensinger was a native of McComb and is buried in the village cemetery.

The Medal was presented to the library by the daughter of Fred Bensinger, Mary Frances Bensinger of Fostoria.

Bensinger and a fellow McComb native John Reed Porter, who also is buried in McComb cemetery, were decorated by Abraham Lincoln's Secretary of War Edwin M. Stanton on March 25, 1862 for their part in the 22-man raid behind enemy lines during the war between the states. Known as the Andrew's Raiders, their mission was to sever enemy lines of transportation in an important segment of southern territory between Atlanta and Chattanooga.

The men took over a northbound train, setting bridges afire and cutting telegraph lines as they went north. Being pursued by the southerners they finally had to abandon the train a little over half way to Chattanooga. They took to the woods and were eventually captured by the southerners. Eight of the 22 men were hanged by the Confederacy with the two McComb soldiers being sent to a southern prison. Porter later escaped, and Bensinger was an exchange prisoner. Mr. Bensinger died in 1918 and Mr. Porter in 1923.

The Congressional Medal that was first presented to Bensinger plus another medal designed in subsequent years, and sent to the family is on permanent display at the McComb Library. 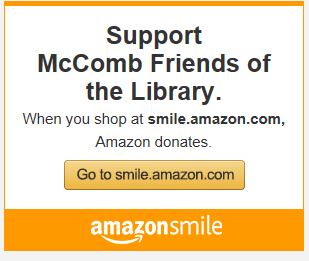